DO NURSES STRUGGLE WHEN CARING FOR THE ADDICT?

I hope someday there will be a cure for this disease. Where there is life there is hope. 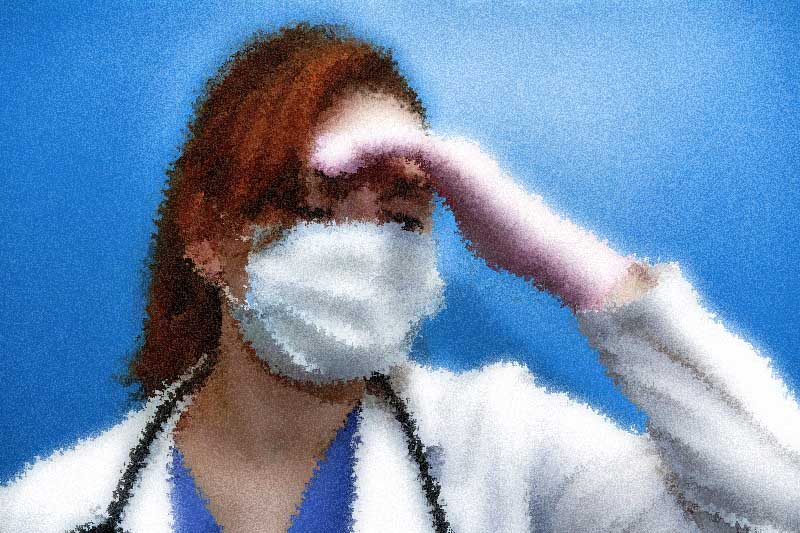 My name is Kate Genovese. I have been a registered nurse for over thirty years in all different areas, mainly hospitals then VNA to case management and school nursing to name a few.

I was brought up in a large catholic family west of Boston. My Mom and Dad were very political and there were a number of politicians at my house for parties. As a little girl I was use to seeing alcohol being served, so it seemed normal to me when I got older- people drink. Some are alcoholics others can drink socially.

When I took care of patients as a student, none of this seemed foreign to me and if a patient told me he had five cases of beer a week I didn’t judge, but wondered why he needed so much alcohol and that it was killing his liver?

As the years went on and I worked in medical-surgical nursing, I realized a lot of illnesses were arising from peoples life styles. Cirrhosis of the liver, hepatitis C, pancreatitis to name a few.

I would hear comments from other nurses such as “he did it to himself, I don’t feel sorry for him.” I would hear that statement more often than not.

At that time most health care providers were uneducated about substance abuse. It wasn’t looked at as a disease but a choice.

I would get frustrated with patients when they promised me, they would go to an alcoholics anonymous meeting but a month later he or she was back, vomiting up blood from too much drinking. They couldn’t seem to stop.

My eyes became wide open about addiction when my son Christopher, better known as Geno became addicted to Oxycodone in 2012 from numerous hockey and football injuries and surgeries.

I realized then addiction was a disease. When Geno was taking Oxycodone, he was a different person; he would never say and do some of the things he did if he was straight. In his early twenties he stopped, cleaned himself up and got a good job, great girlfriend and I thought the days of addiction were over.

Unfortunately he relapsed, but this time he went on to stronger drugs; heroin mixed with Fentynal. He died of an accidental overdose in May of 2016 from inhaling the drugs.

When I finally was able to go back to work, I couldn’t help but notice that not much had changed with the nurses view on addiction. I could feel their anger and frustration when they had to take care of a substance abuser and this was his fourth overdose. This particular nurse simply thought this was a choice-once again, he could stop if he wanted to.

That was three years ago. I am no longer working in patient care and wondered if my colleagues still feel the same way after the addiction crisis has become an epidemic.

I wanted to know. So, I put it on Facebook. I wanted to hear their stories and opinions of this latest epidemic. Two hundred men, women and teenagers die every day from overdoses.

I got an amazing response and I was very proud of my profession. They were educating themselves on this disease of substance abuse.

“How could I not learn about it” one nurse said. Her 26-year-old brother died of an overdose; his story was similar to my sons.

Another nurse told me; four young men died in his town in one week.

After reading over one hundred responses, I knew nurses and other caretakers were not “labeling” the addict, but relating to the person with a disease.

A friend who works in a detoxification center said “it’s the worst disease I have ever seen; the patient comes to our facility after overdosing and straighten up for two weeks, then before you know it their being readmitted because they just can’t stay sober.”

What I learned over the years is they have to want to get better. My son tried to heal himself but he just couldn’t seem to stop-but there were demons he was fighting and they won in the end. He was a wonderful son and friend who had a bad disease that took his life.

I was told the emergency room staff did everything possible to save him; tears flowed in some of the nurse’s eyes as they hugged his friends.

It’s a tough disease-a frustrating one for health care workers but times are changing as our country watches more deaths everyday from substance abuse and deaths.

Nurses can be a valuable resource to the abuser when they are hospitalized. Often times they are the ones who can sit and talk to them, or just listen to their story. Our profession is needed now more then ever as they are changing their attitudes about addiction and treating the person with respect and dignity and helping them not to feel shame.

I recently watched the show ADDICTION that was on NOVA channel 2. It was a documentary that every health care worker should be mandated to watch. It shows what happens to the brain with alcohol and drugs and why the substance abuser has a craving so intense that makes them steal from their families, rob banks even kill for money.

I hope someday there will be a cure for this disease. Where there is life there is hope.