Addiction and its Impact on the News 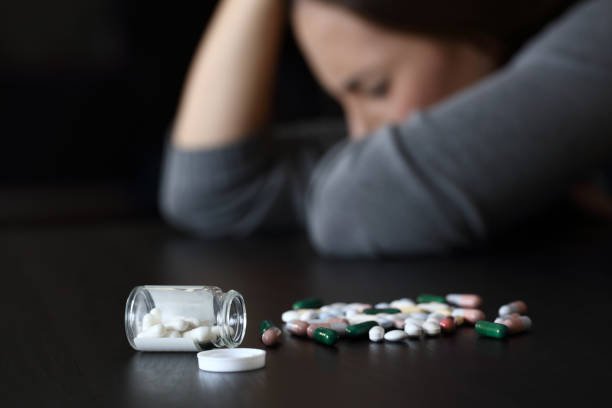 National Public Radio published two Opiod epidemic articles on the 13th and 14th of January. 2019 - 1 Dead And 12 Hospitalized After Mass Drug Overdose In California on the 13th and Report: Americans Are Now More Likely To Die Of An Opioid Overdose Than On The Road on the 14th.

In the 1980s it was said that using heroin was like walking across a crowded highway, that an individual was taking a gamble on living or dying. In 2019 with fentanyl added to the mix, the result is a highly addictive, cheap and deadly combination.
So here we are with daily stories on the NPR website. The story on the 13th is about a “ four (people who) are in critical condition after a mass drug overdose at a house in Chico, Calif.”

https://www.npr.org/2019/01/13/684994845/1-dead-and-12-hospitalized-after-mass-drug-overdose-in-california while the story on the 14th contains statistics that are just as or even more grim: “For the first time in U.S. history, a leading cause of deaths — vehicle crashes — has been surpassed in likelihood by opioid overdoses, according to a new report on preventable deaths from the National Safety Council.

Americans now have a 1 in 96 chance of dying from an opioid overdose, according to the council's analysis of 2017 data on accidental death. The probability of dying in a motor vehicle crash is 1 in 103.

"The nation's opioid crisis is fueling the Council's grim probabilities, and that crisis is worsening with an influx of illicit fentanyl," the council said in a statement released Monday.”

With so much talk on the news, at the water coolers, one would think people would have some ideas on the search for a logical and effective set of solutions?

An interesting Twitter site is @Opiod_Epidemic https://twitter.com/Opiod_Epidemic which states: “This site is used to raise awareness of the issue and give some ways that the average person can help fight it.
The last tweet is from November 30, 2016 which is discouraging as an epic battle needs persistence, courage and a relentless passion to mobile and organize.
A twitter site, a news article, a book like Hat Tricks from Heaven: The Story of an Athlete in His Own Prison of Addiction, all can be flashpoints to ignite ideas on how to organize people in an energetic way to seek solutions, and to implement them.
The Addiction Recovery Guide is a good resource
https://www.addictionrecoveryguide.org/message_board/?mac
especially for families and / or partners of addicts. Most people outside of the drug culture don’t know what crack cocaine is or what it does. I do not, nor do I want to know, but I do want to understand why people are attracted to it and what we can do to help them stop ruining their lives and the lives of others.
In any battle one of the biggest obstacles is human apathy. The human condition appears on the surface to be get up, go to work, deal with bills and life problems, get some food and entertainment and go to sleep, only to start the life cycle again.
Author Kate Genovese, a registered nurse and someone personally impacted by the current fentanyl situation, is working hard to make a difference. With appearances on local radio and television, Genovese is relentless, telling her story to all who will hear, giving her thoughts on the possibilities of people coming together to save lives and spread the word on this devastating epidemic.
Watch the website http://www.kategenovesebooks.com for further information on Kate’s appearances. Please write to us at KateGenovese06 {@}gmail.com
P.R. for Author Kate Genovese <kategenovese06@gmail.com>